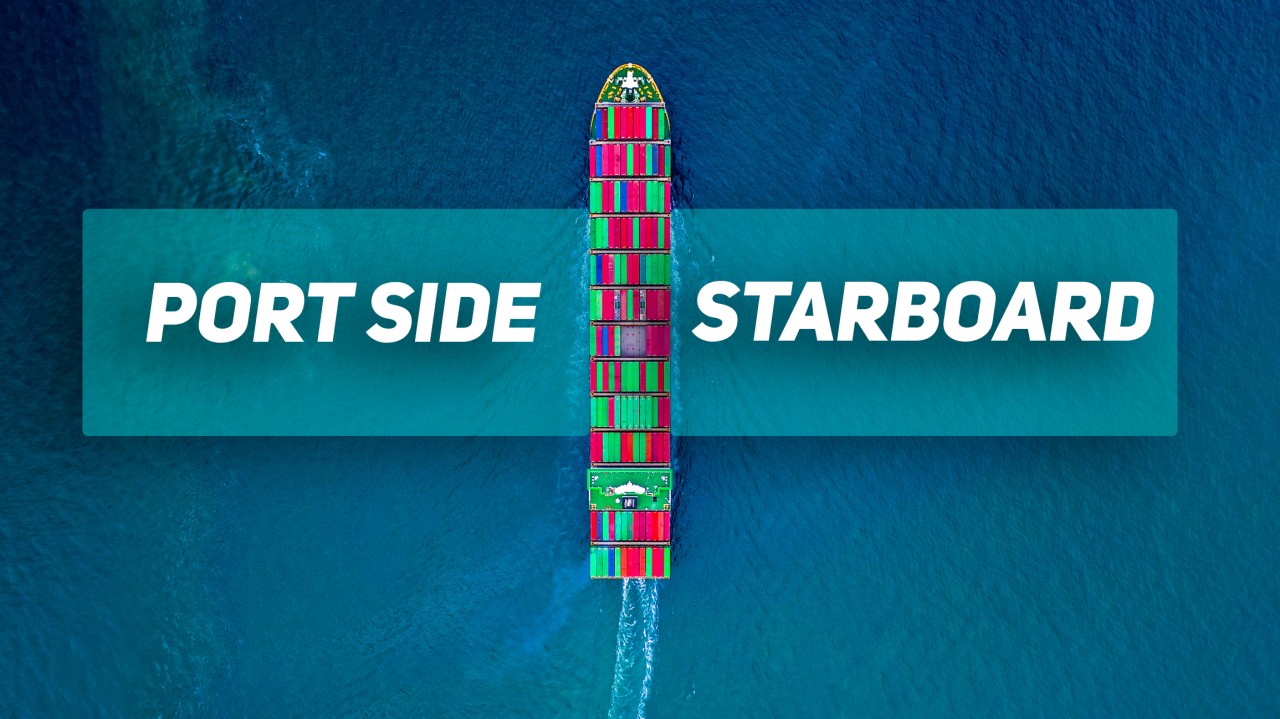 To navigate the open ocean safely, it is important to understand a ship's location and orientation in relation to other objects (especially other ships). Thus, mariners use terms like "port" and "starboard" to communicate with each other and other vessels. These two terms have a long history in the maritime industry, but their meanings and functions can confuse many.

What is the difference between port and starboard?

Port and starboard — nautical terms — refer to the left and right sides of a vessel, respectively. As stated before, vessel navigation relies partly on the knowledge of a ship's orientation in relation to other objects. But, since "left" and "right" are relative to the direction a sailor is facing, this could cause confusion when giving orders at sea.This is why "port" and "starboard" were adopted as standard terms and are oriented to the ship itself.

Where did the terms port and starboard come from?​

"Starboard" can be traced back to a time when ships were primarily steered with oars that were fixed to the right side of the vessel (since the majority of people are right-handed). The term comes from the Old English word steorbord, a combination of words literally meaning "the steering side of a ship."

Because steering oars were generally affixed to the right side of a boat, loading and unloading would in turn be done on the left. Thus, a boat's left side came to be called the "port" side, since it was the side that usually faced the port when docked or during transfer of goods to and from the boat.

Before "port," the left side of a ship was known as "larboard" (meaning "the loading side"), but repeated mix-ups with its right-hand counterpart led to the elimination of the word in favor of "port." Read more about larboard and its origins in our blog post on the topic.

Are the terms port and starboard still used today?

Officially, port and starboard are the standard terms for a vessel's left and right sides, as sanctioned by the International Regulations for Preventing Collisions at Sea (COLREGs). These "rules of the road" were created by the International Maritime Organization in 1972 and are recognized by 155 states as of 2013.

The regulations set out the general principle that all vessels should travel in a predictable and consistent course so as not to endanger any other vessel in their wake. Thus, "port" and "starboard" are used for communication between vessels locally and internationally.

What are the 4 sides of a boat called?

The four terms representing the left, right, front, and rear sides of a boat are "port," "starboard," "bow," and "stern," respectively.

Since a sailor's left or right can change based on the direction they are facing, standard terms like port and starboard help mitigate confusion by being oriented to the ship itself when it is facing forward.

How do I remember port and starboard? ​

While memorization can simply take time and practice, you can also remember that both "port" and "left" have four letters, while "starboard" and "right" both have more than that.

Port and starboard, as well as other common orientational terms, remain important tools for communication between sailors and other vessels. Without these terms, it would be much more difficult to safely facilitate international travel and trade.