Show ‘em your Larboard Side: How your Favorite Nautical Term Went out of Fashion 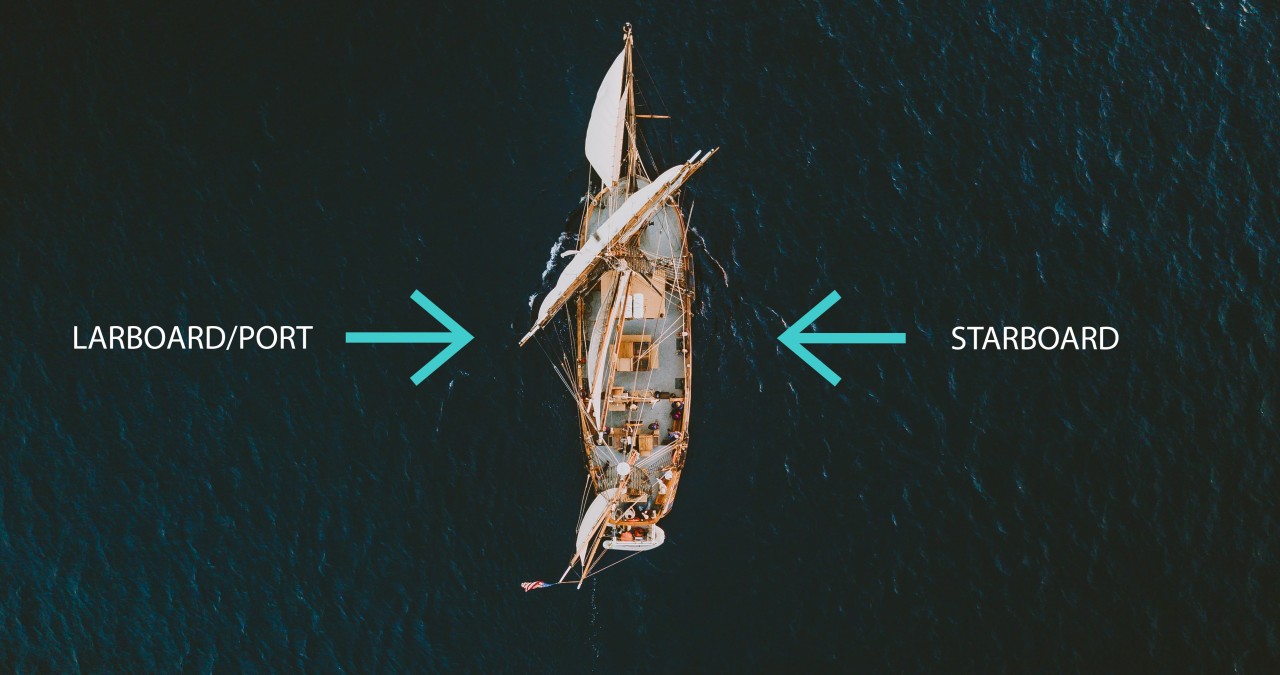 ​Perhaps you've heard the term "larboard" shouted at the top of the old seafarer's lungs in your favorite historical drama film.

Maybe, like many other tourists from around the world, you know it from the now defunct scene inside Disneyland's "Pirates of the Caribbean" ride. For 51 years an animatronic auctioneer bellowed out, ""Shift yer cargo, dearie. Show 'em yer larboard side!" to the red-headed beauty up for sale in front of a gaggle of pirates.

Still yet, maybe you know the term because you're a nautical history aficionado. Whatever the reason, you probably know that "larboard" isn't used anymore when referring to the left side of a ship.

But, how did the term disappear from maritime vocabulary? To understand the shift from the left side of the ship being called "larboard" to "port", we have to look back on the origin of these terms.

The Origin of Larboard

​Back in the early days of boating, even before ships had rudders on their centerlines, boats were controlled using a steering oar. Since most sailors were right-handed, the steering oar was placed on the right side of the stern. The right side was referred to as the "steering side". Sailors combined two Old English words, "steor" (meaning steer) and "bord", eventually forming the term we now know today, "starboard".

As boats grew in size, so did the steering oar. It became much easier to tie a boat up to the dock on the opposite side of the oar. Therefore, the left side of the boat became the "larboard", or "loading side". The etymology of the term stems from the Middle English "ladebord" where "lade" refers to "load".

Not to be Confused with Starboard

Now, it doesn't take a genius to understand that this may have led to some confusion over the years. Imagine a Captain sailing rough seas, or better yet engaged in battle, ordering a ship to maneuver "starboard!". Over the sound of crashing waves or exploding cannons, one can see how the crew could mistake "starboard" with "larboard", resulting in accidents and general chaos.

In fact, it became such a problem that crews began to forgo the regulation term "larboard" for "port". The term "port" came from Old English meaning "harbor, or haven". Over time it became associated with "the side facing the harbor" (referring to a ship that is docked).

Eventually, regulation caught up to common place practices. In 1844, Secretary of the Navy George Bancroft issued the following General Order: "It having been repeatedly represented to the Department, that confusion arises from the use of the words 'Larboard' and 'Starboard', in consequence of the similarity of sound, the word 'Port' is hereafter to be substituted for 'Larboard'."

While the once prominent term went by the wayside, it undoubtably saved a lot of confusion over the past 176 years for captains and crew alike.

Now you know why "port" is the official term for the left side of a ship and why "larboard" became a term of the past, suitable only for historical reenactments and rowdy pirates.